You probably expect me to tell you “Of course you’re not too old to start a new career.” But I’m not going to tell you that.

I think you ARE too old to start a number of careers, and I also know that for a lot of careers, you are just the right age.

For example, if you are 53 and you are a plastic surgeon with a dream to become a high ranked US military officer, it is possible but you would be 78 by the time you become a colonel. On the contrary, if you are a colonel who wants to become a plastic surgeon, you have better chances of success. I know a man who retired as a military colonel, went to medical school and became a well-known plastic surgeon in his city. Which medical school would accept a 53-year-old? Well apparently West Virginia School of Medicine does.

Whether or not you’re too old to start a new career depends on many factors; one of them being the career you want to change to. A number of limitations are out of your control and age is NOT one of them. Actually age should matter ONLY IF the time it takes for you to start making money in a new career is longer than the years you have left of your life. Considering yourself too old for something is not more than just a perspective, (it’s sometimes just a lousy excuse so you can procrastinate some more and continue complaining about how unfair the world is).

A nurse named Elena who was taking my blood sample in a hospital told me her dream was to become a dance teacher but she thought she was too old to start a career in teaching dance. Before she could start to teach dance, she would have to become an expert in a few dances and that could take at least two years…She was 25!

Imagine if she was 35 and would say this, or 45. Do you think she would be too old to start following her dream career then?

Question: Do you know how old I’ll be by the time I learn to play the piano?

Answer: The same age you will be if you don’t.

Just pause and read this quote again. Think about it for a second.

Do you want the narrative of your life to be “I wish I could go back in time and kick my X year old ass” or would you rather say “I’m happy I did that; It turned out to be a great experience”?

Before making a decision about what career you want to pursue next, think about the kind of lifestyle you would like to have while you are in that career. Spend time learning about yourself, your deep motives, desires, blockers.

Life is all about the experiences we allow ourselves to have. Changing your career is not an easy change at any age. But answer these four questions and you’ll have an easier time no matter how old you are.

1. Why do you want to change your career?

Get honest with yourself. Understand, what it is that you want to change. Is it the type of tasks you perform or is it the industry? Is it your long commute time or your incompetent boss? Is it the city you work in or your mandate to work in an office every day? In simple words, find out WHAT is bothering you and WHY you want to change your career. Is changing career really going to fix what bothers you?

You may feel too old because you want to get successful in many different things at the same time and you are afraid of missing out on any of them. Working simultaneously on all the careers you want to pursue, can soon become overwhelming. You will end up too busy to enjoy anything. Didn’t you quit your job because you were too busy to do anything else? Didn’t you want to replace your job with a fulfilling one? If so my darling, working on all those careers at once can only lead to your burnout and will postpone the joy of fulfillment even longer.

Wait for choosing the next job title you’d like to have. Seriously!

When I was a fresh graduate interviewing for a job in telecommunication industry, the interviewer asked me:

Do some research to understand what it really means to do the job. Talk to people in that role to truly find out what they do and get a clear view of the challenges they face, the problems they solve, the sacrifices they make, they skills they have acquired before getting to do that job and how they are growing in that role.

When you know yourself well enough, you’ll know that you cannot BE a role. You can only be you! And you will stop caring about job titles altogether as long as you’ll get to do what you want. In today’s world, it is possible to make money from almost every obsession (or passion) you have, so don’t get stuck on what you know right now.

When you know what you want to do and you still think you’re too old to do what you want, try to change your perspective like this. Imagine an 11-year-old telling you “I’m too young to start doing X” where X is exactly what you want to do. What would you tell that kid? Give that same answer to yourself when you say I’m too old.

“You have so many years ahead of you honey. You can get whatever you want. You must create your life the way you want to. What you decide today has a direct influence of how your life will be when you grow up.”

Age is just an excuse to procrastinate about doing what you love.

3. What skills do you need for the new career?

It’s (almost) never too late to start learning a new skill. It is however easy to overlook the skills you already have.

What skills have you acquired in life that people are already paying for? Did you know you can make money helping parents to teach their kids to use a potty? Yes, people pay for that. Google it!

What do your friends and your family come to you for? People would pay to learn your advice on those matters.

How do people introduce you to someone you haven’t met before? What are the top qualities they mention to describe you? Those are the qualities (or skills) from which you can make money.

Get to know yourself by asking those who know you well to describe you in terms of what you help other people with. When you have a list of all your skills – both those that are already up on your LinkedIn profile and those that aren’t, then you’ll know which ones are relevant for the job you want to do and which one’s aren’t. You can ten smartly invest your time on bettering some of your current skills or learning new ones needed for the new career.

4. What is stopping you from changing today?

Time to face your fears! Before you face them though you need to identify them. What are you afraid of?

Please say your answer out loud or write it down. Really! Stop reading and tell yourself what you are afraid of.

Now answer this “Why are you afraid of this?”

Pause to think and really look into your past to understand why you’re afraid of it. For every answer ask another why until you start laughing at your answer. “I don’t know” is not a valid reason by the way. When you get to the bottom cause of that fear, ask yourself “What does that mean to me?”

Are you afraid of what other people might think of you if you tried something totally different? Are you afraid they wouldn’t approve of you taking on something you weren’t “supposed” to do? Do you really need their approval? Does anyone ask your approval for the choices they make? What if you tell them that you already made that choice (the one you’re afraid of) to see how they really react?

If you are afraid of people wrongly judging you or thinking something about you, try to imagine the reverse situation. If THEY were making a career change because they were unhappy in their current one, how would YOU react?

Would you judge them and shame them? Would you congratulate them on their courage? Would you even feel a tad jealous?

Guess what? That’s exactly how they’d feel about you making a change; unless you’re surrounded by very mean people!

People who care for you might call you crazy BEFORE you change your career, and those same people will call you brave and awesome AFTER you make the change. Because you did something they as well are afraid of i.e. taking responsibility for making yourself happy.

To give you some more inspiration, here are a few examples of people who changed careers in ages that were not usual! Just because it’s unusual and people (including you) haven’t seen it happen, it doesn’t mean it’s impossible.

Andrea Bocelli: was a lawyer who worked as a defense attorney. He started singing at 34 and left his previous job to sing full-time. 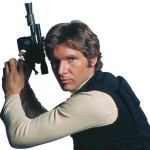 Harrison Ford: was fixing people’s roofs. He became a carpenter at the age of 28. It wasn’t until he was 35 that he followed his passion for acting and played in Star Wars…and the rest is history. 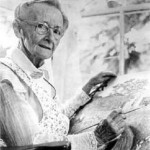 Anna Mary Robertson Moses: was an american folk artist who didn’t pain until her 80’s. Before that she was churning butter, selling potato chips and practicing embroidery.

Remember that you are not a slave of your past unless you do nothing about your future. You can create the future the way YOU want.

There are many years left of your life! Create your future according to your desires. And don’t forget that what people around you say to you can be no more than a reflection of their own fears. Don’t let anyone hold you back from getting what you truly desire, not even your loved ones.

2 Responses to “Am I too old to start a new career?”

Learn a new secret every week